Think fondue and images of cold snowy mountains, hot gooey cheese, and perhaps an Asterix comic come to mind. Whoever would imagine enjoying this delicious dish sitting around in an ancient fort enjoying the warm salty breeze coming in off India’s west coast?

Fort Tiracol Heritage Hotel has, in its constant endeavor to create distinct and special experiences. The hotel has brought the fondue to Goa, but not the one you’re imagining. More suited to the weather and boasting a more interesting culinary offering are the fondue chinoise and the fondue bourguignonne getting pride of place on the Tavern menu. 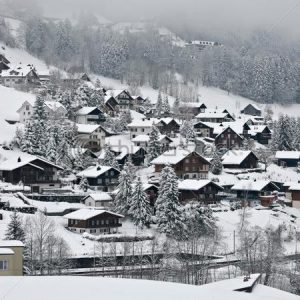 But let’s hit the rewind button first and go back several centuries to the origin of this beautiful dish. The first vague mentions appear in Homer’s epic Illiad around 800 BC which described it as a blend of goat’s cheese, wine and flour. It is believed to be a peasant dish, created to use up leftover bread and cheese during the winter when fresh produce was hard to come by.

In a traditional Swiss fondue, chunks of bread are dipped into a pot of melting cheese kept hot over a portable stove. The bread is skewered onto long-stemmed forks and etiquette demands that these forks are only used to dip the bread once and transfer it to one’s plate, not to eat with.

In the 1930s the fondue was declared the Swiss national dish, and just two decades later, the name spread to other dishes revolving around the same theme of communal gastronomy. In particular were the fondue bourguignonne and the fondue chinoise.

Fondue bourguignonne is named after the breed of Charolais cattle bred in Burgundy (or Bourgogne) in France for its meat. It was reportedly developed by Georges Esenwein in 1948 after he became interested in gypsy cuisine and attempted to recreate dishes in the restaurant he worked at in Lausanne in Switzerland. The nomadic tribes typically cook outdoors in cauldrons over an open flame. Fondues are quite the same concept, and Esenwein reproduced their customs by cooking different kinds of meat in boiling oil. 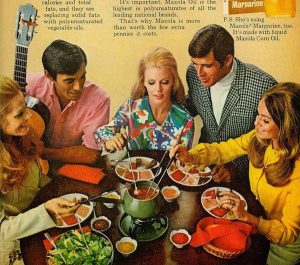 Today, premium cuts of various types of meat are used, so delightfully tender that it takes only a few minutes to cook in the boiling oil before you. It is hearty and can come under the blanket of ‘comfort food’, served alongside a variety of dips and sides.

The fondue chinoise, on the other hand, is lighter on the calorie end but just as delicious. It’s akin to the famous Chinese hot pot, which itself goes back the centuries to Chongqing in Central China. This tradition was said to have been brought to Switzerland by a traveller after a visit to China where he was served what he recognised as a fondue, where the cheese and bread were substituted by hot broth and meat. 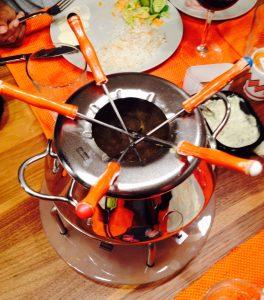 In New York today, the fondue chinoise is considered the real Swiss national dish. Even across Switzerland, this style is taking over as a holiday special. It is healthier than the fondue bourguignonne as it avoids the oil, and is also served with delightful side dishes that make it a wonderful family meal. At the end, when all the meat has been cooked and eaten, the family shares the warming broth – which has now assimilated the beautiful flavours of the various meats.

Tavern @ Fort Tiracol Heritage Hotel serves the fondue chinoise with premium cuts of quality steak tenderloin, pork, chicken breast and small sausages, as well as fresh seafood and vegetables. All of these are dipped in the hot broth, exuding flavour as they cook. A variety of side dishes offers unique flavour combinations.

Both fondues become a whole meal in themselves, accompanied by baby potatoes, rice or French bread as well as a refreshing salad. Ordered as a three-course meal, the fondues at Tavern @ Fort Tiracol Heritage hotel begin with a delicious starter and end with a decadent dessert.

The fondue is the perfect meal to share with friends and family, bringing a sense of community to an intimate dinner or even as an exclusive experience at pre-wedding rehearsal dinners or sit-down western-style formal receptions. 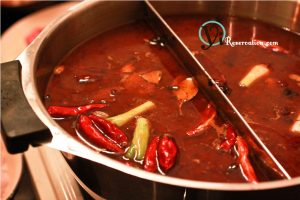